Both my parents were thus more anti-Catholic than simply Protestant. I was sent to Sunday school at a United Church Methodist united with Presbyterian in Outremont, but never got into the habit of regular church attendance. I finally began to attend the Unitarian Church in Montreal, attracted there because beliefs are completely up to the individual, and because my piano teacher was organist. Powell Davies, was world-famous. Today we belong to the Wellesley Unitarian Church, though our attendance is irregular.

My mother's mild anti-Catholicism is well illustrated by an event that occurred years later. In I was invited along with all other living Nobel prize-winners to a celebration at the Vatican, at which the pope marked the th anniversary of the death of Galileo, and formally apologized as it were for the Church's treatment of him. After the pope's speech which was for some reason in French each prize-winner had the opportunity to be separately introduced and to exchange a few words with the Holy Father.

Making the introductions was an Italian gentleman with a camera, and each of us was photographed shaking hands with the pope. On receiving copies of the picture, some months later, I proudly sent one to my mother, I suppose to show off the exalted company I was keeping. My mother without hesitation seized a pair of scissors, cut off the poor pope and threw that half picture in the wastebasket. All my relatives on my mother's side of the family, the Hunter side, have senses of humor that are rather special, and found this event hilarious in the extreme.

Not all my friends have found the story quite so funny. My grandfather on my father's side was part inventor and part businessman. He trained as a pharmacist, and became famous for devising the first process to mass-produce gelatine capsules.

On retirement he sold his Detroit factory and patents to Park Davis Company. My mother's father and two of her brothers were architects, specializing in churches that still stand in Detroit and various towns in Ontario. 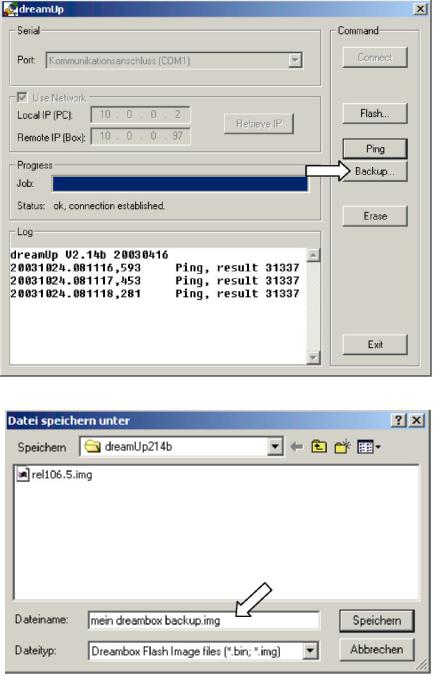 Part of my success in school I owe to my father, whom I plagued with incessant questions until I knew more chemistry than my teachers. For Christmas I was given my first chemistry set when I was five years olda serious British-made set in the days before substances more interesting than salt and sugar were considered poisons. I vividly remember, that Christmas day, watching my father transform a glass of water into a bright purple-red solution with a single tiny crystal of potassium permanganate, and then make the color vanish by adding a pinch of sodium thiosulphate.

In the years that followed I assembled a collection of chemicals and simple apparatus. In those days it was easy to obtain any chemicals one wanted.

At age 14 I went downtown by streetcar and came back with two brown glass-stoppered onepound bottles of concentrated sulphuric acid and nitric acid. My collection already included a four-ounce bottle of potassium cyanide.

I produced hydrogen by pouring hydrochloric acid over zinc carpet binding, and got the gas into a rubber balloon by looping its neck over the neck of a medicine bottle. I sent off many hydrogen balloons with attached notes, one of which brought an answer, after many months, in French, from a farmer's daughter miles away in Sherbrooke, Quebec.

I mixed potassium chlorate which I bought by the pound with sugar and a small amount of potassium ferrocyanide, put the mixture in a sturdy brass cannon replica inherited from my grandfather, and packed it with a rag.

A match inserted into the Touch-hole produced a huge explosion that rattled the neighbors' kitchen pans, gave rise to a thin suspension of smoke over Outremont, and brought two burly French policemen to the house.

I told them that I had put firecrackers in the cannon. They smiled and told me to stop doing that. Of course I did not stop. On several occasions I climbed one of the Laurentian Mountains north of Montreal and fired off the cannon from the summit, listening to the echoes as they came back, one by one, from the other mountains in the area. My father was an avid photographer and we set up a darkroom in the basement, where we developed film and made enlargements.

I still keep up photography as a hobby, and have spent hours in the darkroom at the lab, photographing and reconstructing serial sections.

Today black-and-white photography has largely given way to color, dark-room work at home has become impractical, and film is increasingly replaced by digital cameras. Another hobby, electronics, was prompted by my hearing, on a crystal set, a radio amateur broadcasting from a station a few blocks away.

I built several modest radios but had no one to advise me about electricity, and the few books I could find were of little use. My main text was the Radio Ama- David H.

Hubd teur's Handbooka s editionwhich would have been opaque even to a college student, then or today. I built a more ambitious three-tube shortwave radio that never worked despite months of effort.

It suffered from something called "motorboating", a series of loud clicks that drowned out any stations. Many years later I learned its causepositive feedback though the power supplywhich could have been eliminated by an expert in minutes.

Discouraged, I lost interest in radio until in , at age 67, my interest in radio revived and I passed five sets of ham radio exams, learned Morse code, and took on, or revived, a new hobby. My interest in music went back to an early age. Like most of our neighbors' families we had a piano, which both my parents and my older sister played.

I began to learn from my sister, who was three years older, and started formal lessons at the age of five. I acquired my first truly great music teacher, George Brewer, a pianist and the leading organist in Montreal, when I was midway through high school. Brewer was passionately fond of Bach and managed to impart that to me. I was only moderately talented and a hopelessly bad sight-reader: had it been otherwise I might have been tempted to go on with music as a career.

I have wondered if my bad sightreading, like my slow speed at ordinary reading, is related to my being lefthanded. A big advantage of growing up in Montreal was the easy availability of both skatingwith rinks in almost every parkand skiing in the Laurentian Mountains 60 to 80 miles north of Montreal.

One could take a train to some Laurentian town and ski back one or two stations, often mostly downhill, returning in the evening to the tune of riotous French-Canadian songs like "Alouette". A large number of hobbies have been for me both a strength and a curse. Today I keep up interests in piano, flute, ham radio, weaving rugs and blankets , amateur astronomy, photography, languages French novels mainly, some German, Japanese , and tennis.

I make up for the time those interests consume by reading as little as possible in my field of neurophysiology. Reading most papers today is like eating sawdust. I have been lucky in having co-workers who follow the literature compulsively and try to keep me informed. In talking with young students I am impressed by the degree to which television and computers have replaced hobbies like chemistry and explosives! Our parents tended to leave us alone to develop our own interests; they did not chauffeur us from ballet or Hebrew lessons to Little League baseball. 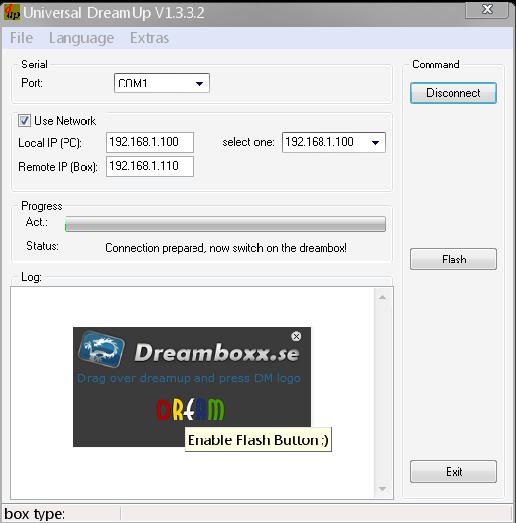 Few of my friends' families had cars, which were in any case useless in Montreal's snowy and frigid winter. With parents who didn't organize our lives it was much easier to reach the level of boredom necessary to think up things to do for ourselves.

Sherwood Taylor. I read every one of its pages. In the s, books that treated science on anything like an introductory level were almost nonexistent, and again and again I got caught up in puzzles to which I could not find answers.

There was of course my father, but his field was chemistry and he knew very little physics. Any science books around the house were huge unreadable chemistry tomes by Mendeleeff and Mellor, so I spent days trying to figure out how electricity could go from positive to negative, when it consisted of electron flow and electrons were negative.

All I needed was someone to tell me that it was a matter of an unfortunate convention, and that nothing actually went from positive to negative.

That was long before the days when one had to consider holes as well as electrons; that would really have confused me!

Given that I ended up a biologist, it is ironic that I had almost no formal instruction in biology in grade school, high school, or college. In the final two years of high school our choice of concentration was between Latin, mathematics, and biology: Latin was recommended if one planned to go into medicineoddly given that the only direct application of Latin to medicine was the few words that would crop up in prescriptions to help make them incomprehensible to the laity.

Mathematics was for future engineers, and biology was chosen by the less ambitious students. The advanced math that was offered was easy enough for me to cover one evening in the bathtub.

I had gotten to love Latin in the first two years of high school and chose that over biology, which I felt I could learn by myself or by reading The World of Science. 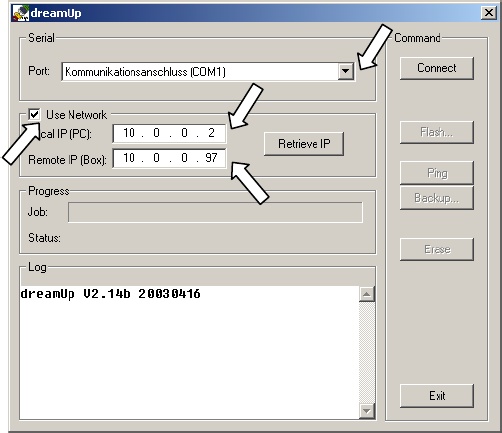 Socially, college was unexciting, partly because of living at home, without benefit of a car, with a daily round-trip commuting time of about two hours. I had developed a love for mathematics and physics, and enrolled in a combined honors course in those subjects. I spent much time doing problems, which I loved, with few facts to memorize and enough time to keep up some hobbies, to attend most of the concerts in Montreal, and to read many novels.

Physics at McGill was almost defunct, much of the talent having been co-opted by the war. Mathematics was excellent, and although it did not turn out to be useful in any direct way in later work, it taught me the dangers of relying on reasoning that involves more than a very few steps. 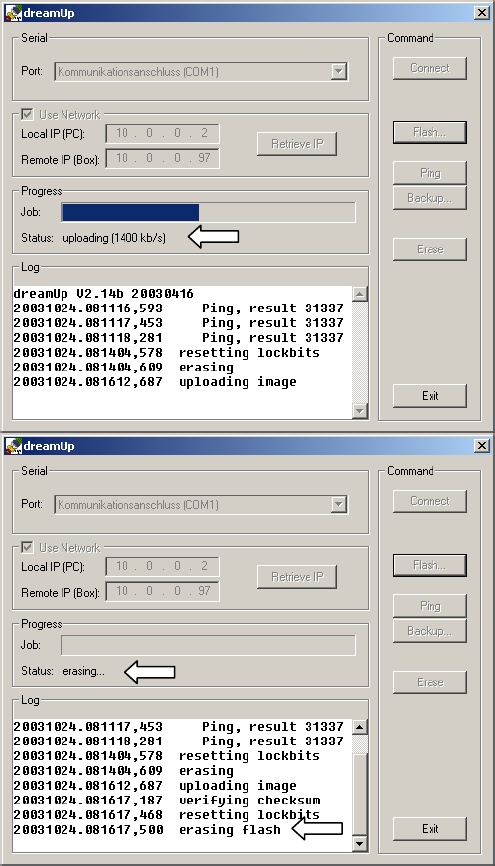